The mission of the 31st Air Defense Artillery Brigade is to prepare Soldiers and units for combat and take care of Soldiers and their families. 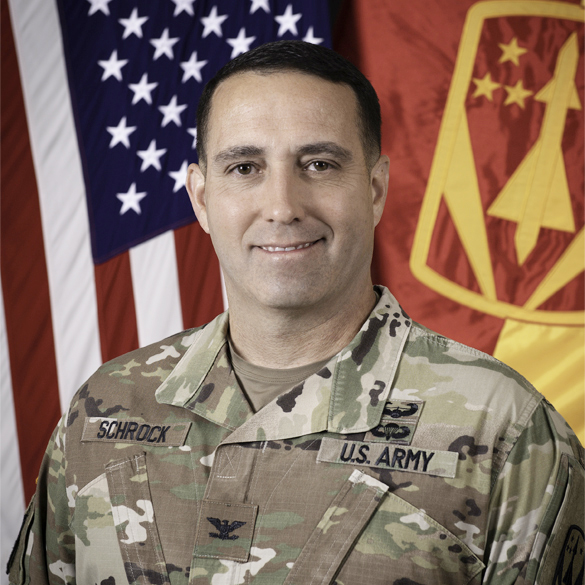 The 31st Air Defense Artillery Brigade was constituted on January 1, 1918, as Headquarters, 31st Heavy Artillery Brigade, Coast Artillery Corps at Key West, Florida. This brigade would see numerous name and location changes over the next 90 years. Upon establishment, the unit rapidly transitioned into World War I when the brigade earned four battle streamers for participating in the campaigns Aisne (Eyn)-Marne, Oise (Waz)-Aisne (Eyn), Meuse-Argonne, and Champagne 1918.

The unit inactivated in 1960 at McChord Air Force Base, WA and was reactivated in 1961 at Lockport Air Force Station, New York. In response to the Cuban missile crisis, the brigade, consisting of nine Hercules and Hawk battalions, defended southern Florida from attack by Cuba and the Soviet Union. The brigade was designated by its current name on March 15, 1972. After one final inactivation in 1979, at Homestead Air Force Base, Florida, 31st ADA Brigade was reactivated on April 1, 1988, at Fort Hood, Texas and aligned with III Corps. In February 1996, the brigade moved to Fort Bliss, Texas. In July 2008 the BDE, under Brac-directives, moved from Fort Bliss, Texas to Fort Sill, Oklahoma.

In August 2009, the brigade HQs deployed 50 soldiers of Headquarters Battery to Qatar for one year in support of Operation Enduring Freedom until July 2010. During this time, the 3rd Battalion 2nd Air Defense Artillery deployed to UAE and Bahrain in March 2010.

In late December 2013, in response to crisis in Syria, the president directed deployment of Patriot to Turkey. Within seven days of notification, 3-2 ADA deployed two Patriot firing batteries and portions of headquarters to Turkey to defend the region from possible air and missile threat from the Syrian civil war. This deployment established U.S. Patriot presence in Turkey through summer of 2015.

Since 2015 the 31st ADA Brigade HQs and its three battalions, 3-2 ADA (Patriot), 4-3 ADA (Patriot) and 5-5 ADA (Counter-Rockets Artillery and Mortar and Avenger) have been the spearhead of readiness and have repeatedly deployed worldwide.

The year 2015 opened with 3-2 ADA Patriot BN on global response force. By the end of December of this same year, 3-2 BN would be deployed to Jordan and UAE for a year conducting split based operations in defense of critical assets while maintaining a 96 hour prepare to deploy Patriot battery at Fort Sill. In June 2015, 4-3 ADA Patriot BN began its one year deployment to Kuwait, concurrent with the deployment of the 31st ADA Brigade HQs to Qatar. In November 2015, Bravo Battery and HQs (-) of 5-5 ADA, deployed to FOB Shank in Afghanistan to defend assets from rockets, artillery, and mortars, redeploying to Joint Base Lewis McChord, in March 2016. In June 2016, Brigade HQs redeployed to Fort Sill, followed by 4-3 ADA’s redeployment in July 2016.

In August 2016, 31st ADA Brigade assumed mission as the C-RAM certification authority for all Active and National Guard ADA and Field Artillery batteries preparing to deploy to the CENTCOM AOR, with validation authority residing with the commanding general of 32d AAMDC.

The first unit certified by 31st ADA Brigade was its own 5-5 ADA in August 2016, in preparation for its October 2016 deployment to Iraq and Afghanistan. In December 2016, 3-2 ADA redeployed from UAE and Jordan with the mindful eye that it had to rapidly reintegrate, reset, and retrain its personnel and equipment to deploy again in less than 15 months. In July 2017, the BDE HQs deployed to Romania to conduct its culminating training event to assume the global response force mission and to participate in U.S. Army Europe’s Exercise Saber Guardian and Tobruq Legacy. On 1 August 2017, BDE assumed the global response mission prepared to deploy worldwide over the next 9 months. Also in July 2017, 5-5 ADA completed its mission in Iraq and Afghanistan and redeployed to both JBLM and Fort Sill, concurrent with the restationing of the BN’s personnel and equipment from JBLM to Fort Sill. In September 2017, 4-3 ADA Patriot deployed its battalion to Fort Riley, KS in order to conduct a month long culminating training event in preparation for its nine month global response force mission beginning 1 November 2017. This mission was concurrent with its posture as one of three FORSCOM focused ready Patriot battalions.

On 17 October 2017, 5-5 ADA uncased its BN colors at Fort Sill, marking the first time in the brigade’s history that its battalions were collocated in a singular location.