Office of the Chief of Air Defense Artillery 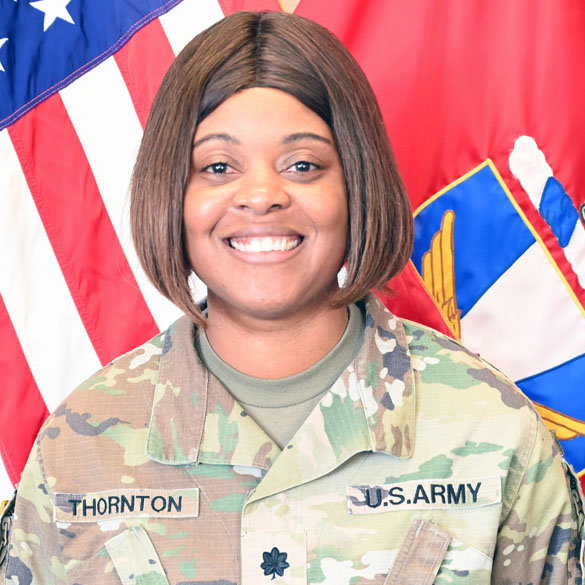 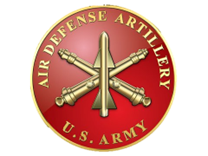 The Air Defense Artillery branch descended from Anti-Aircraft Artillery (part of the U.S. Army Coast Artillery Corps until 1950, then part of the Artillery Branch) into a separate branch on 20 June 1968. On 1 December 1968, the ADA branch was authorized to wear modified Artillery insignia, crossed field guns with missile. The Branch Motto, "First To Fire", was adopted in 1986 by the attendees of the ADA Commanders' Conference at Fort Bliss. The motto refers to a speech given by General Jonathan Wainwright to veterans of the 200th Coast Artillery (Antiaircraft) stating they were the 'First to Fire' in World War II against the Empire of Japan. 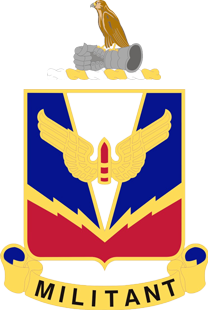 The insignia consists of two design components, an escutcheon (the name for shield used in heraldry) and an attached scroll with the organization’s motto, “Militant,” inscribed upon it. Imagery and colors on the escutcheon is designed to symbolize the coordinate activity of the different elements and aspect of Antiaircraft Artillery. A red base denotes the organization’s inclusion in the Artillery branch; thunderbolts symbolized the use of electrical power; a white (silver) triangle rising upward from the conjunction of the lightning bolts into a blue field suggests a searchlight piercing the blue nighttime sky. 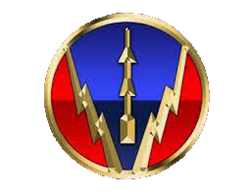