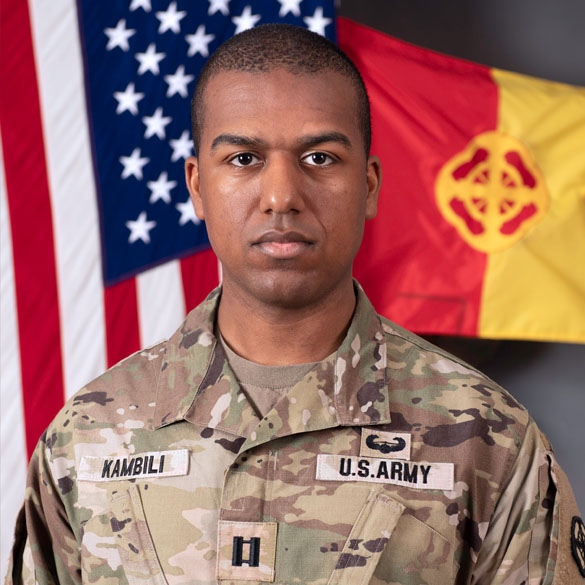 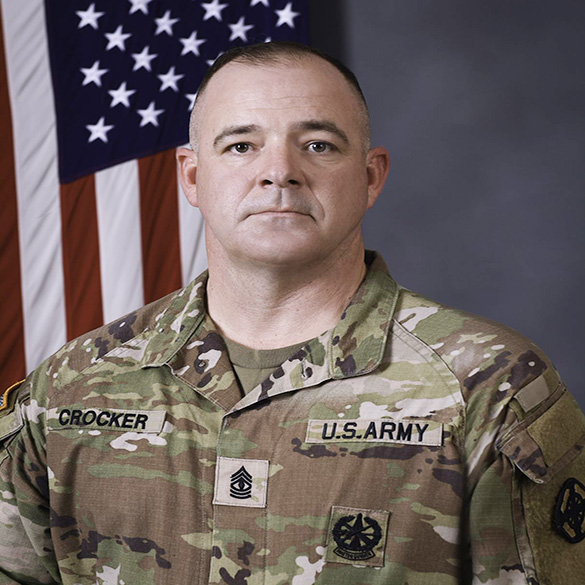 Description:
Gold color metal and enamel device 1 1/4 inches (3.18 cm) in height overall consisting of a triple-arched scarlet scroll bearing in gold letters the three words “SUPPORT” “REINFORCE” and “DEFEND” on the left, right and bottom arches respectively, and the arches separated by three gold flames issuing from a gold bomb centered on a field of gold concentric rays, the flame tips turned to the left.

Shield:
On a scarlet quatrefoil 2 1/2 inches (6.35 cm) in diameter, a yellow wheel surmounted by a yellow cross potent with a curved fin-like segment issuing from each end, all with a 1/8 inch (.32 cm) yellow border.

Crest:
Scarlet and yellow are used for Artillery. The wheel and cross potent (simulating the muzzles of guns in action) symbolize the basic mission of the organization. In addition, the numerical designation of the unit is indicated by the quatrefoil, two colors, and the eight segments between the spokes of the wheel and cross.

Background:
The shoulder sleeve insignia was approved on 23 October 1979.