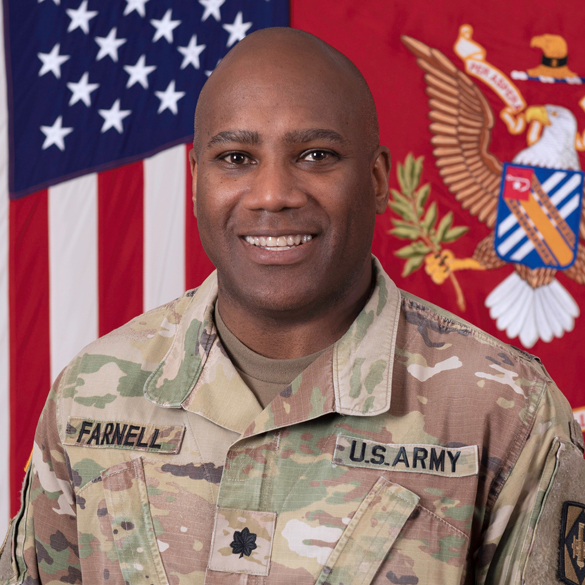 On behalf of the Soldiers, Leaders, and Families of the 2nd Battalion, 18th Field Artillery Regiment, we would like to welcome you to the ‘Mission Ready’ team and Fort Sill, Oklahoma! Our Battalion is part of the 75th Field Artillery ‘Tough as Diamonds’ Brigade and III Corps ‘Phantom Warriors’.

I am sure you will find your assignment here in Oklahoma both professionally and personally rewarding. From the moment you set foot in the Battalion you will become part of a team focused on excellence and taking care of Soldiers & Families. Your assignment to Oklahoma will be one of your most memorable military tours.

Our team of trusted professionals takes pride in our ability to meet any challenge and prepare Soldiers and their Families for the missions they will face. All Soldiers have Family, whether immediate or extended, and we understand the importance of those Families within our team. Meeting the needs of our Soldiers & Families, those leaving after a tremendous tour of service and those arriving who will contribute to the next chapter of the ‘Mission Ready’ history, is integral to our mission.

75th FA Brigade and III Corps enjoy a distinguished reputation. We balance our rigorous and realistic training with quality of life initiatives. The ‘Mission Ready’ team focuses on training to ensure accurate and responsive fires for maneuver commanders. We train to conduct rapid deployment to any operational environment and integrate accurate, timely, and decisive fires in support of III Corps during Unified Land Operations.

The Battalion is currently in a period of intense training in preparation for any Decisive Action operation to which we might deploy. No matter what unit, you are a valued member of the ‘Mission Ready’ Battalion. We will challenge you to achieve new heights of excellence, professionally and personally.

Again, welcome to the 2nd Battalion, 18th Field Artillery Regiment. We look forward to your arrival. If there is anything that we can do to help you, feel free to contact your sponsor or the Battalion Sponsorship Coordinator CPL Lopez at mitchell.r.lopez.mil@mail.mil.

The 2nd Battalion, 18th Field Artillery Regiment has a long and storied unit history that traces its beginning to the American Revolution. On 6 January, 1776, the Provincial Congress of New York voted to raise a company of artillery, of which Alexander Hamilton was selected to command. This unit fought in the Revolutionary War as the “New York Company of Artillery”, and later designated as Company F, 5th US Artillery in 1821. The company was repeatedly called upon to fight and to provide protection for settlers on the Western Frontier. Company F was later re-designated Battery F, and under its new designation fought valiantly throughout the American Civil War. At the Battle of Gettysburg, Battery F supported General Slocum’s XII Corps, from whose insignia the star on the 2-18 FA unit crest derives. The fishhook in the upper left hand corner of the unit crest represents the shape of the Union battle lines. In 1901, after participating in the war with Spain and serving a tour in the Philippines, Battery F was re-designated the 8th Battery, US Field Artillery. Six years later, on 1 June, 1908, the 8th Battery became Battery D, 5th Field Artillery Regiment. From elements of the 5th Field Artillery, the 18th Field Artillery Regiment was constituted on 3 June, 1916 as part of the Regular Army. One year later, the Regiment was organized as a horse-drawn 155-mm howitzer unit at Fort Bliss, Texas. During WWI, the 18th Field Artillery Regiment supported 3rd Division, suffering its first casualties in the Second Battle of the Marne, where it fired 31,000 155-mm shells. They were attached to 42d Division briefly for its attack against the St. Mihiel Salient, and then rejoined 3rd Division for the attack into the Argonne Forest. The French government later awarded the 18th Field Artillery Regiment the Croix de Guerre with Gilt Star.

Following Armistice on 11 November 1918, the Regiment assumed occupation duties and set up headquarters at Polch, Germany. In the summer of 1919, the Regiment returned to the United States and performed garrison duties until they were inactivated on 15 February 1922. On 1 January, 1935, the 18th Field Artillery Regiment was re-activated at Fort Sill, with a primary mission to support the Field Artillery School. The 2nd Battalion, 18th Field Artillery Regiment was the last artillery battalion in the Army to use horses, which were phased out and replaced by trucks in 1942.

The 2nd Battalion, 18th Field Artillery Regiment served with distinction during 10 months of combat in WWII, and was awarded five campaign streamers; Normandy, Northern France, Rhineland, Ardennes-Alsace, and Central Europe campaigns. In its role as a separate light field artillery battalion, the 2-18th FAR executed over 2,000 fire mission in support of two field armies (the First and Seventh), eight corps, one brigade, 16 divisions and one cavalry group. Since the close of WWII, the battalion contributed to the Cold War occupation of Europe, and fought in Desert Storm/Desert Shield. More recently, the battalion participated in relief efforts following hurricane Katrina, as well as tours of duty in Operation Iraqi Freedom, Operation Enduring Freedom, and in the United Arab Emirates as part of Operation Spartan Shield. Today, the 2nd Battalion, 18th Field Artillery stands ready to deploy to the Republic of Korea and provide rocket and missile fires in support of the Combined Forces Commander.